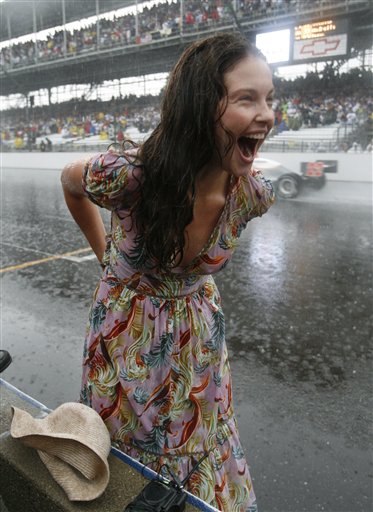 Mr. Ashley Judd won the Indy 500 today in the rain. I’m glad it rained because Ashley Judd is always wet from rain or sweat in most of the films she stars. 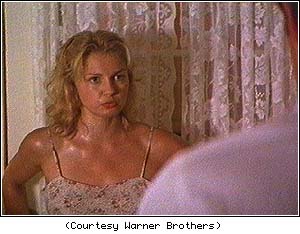 A Time To Kill

Mostly sweaty because it’s supposed to take place in Mississippi and I guess they didn’t have air conditioning. She also was caught in the rain. But Sandra Bullock never seemed to sweat like Ashley.

In Double Jeopardy, she ends up in a sinking car with Tommy Lee Jones. 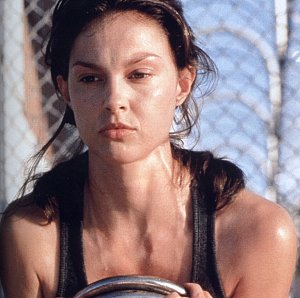 In her newest film, Bug, they say

Judd plays Agnes , a sweaty, coke-snorting woman cooped up in an Oklahoma motel room, where most of the movie is set.

No wonder she is depressed she’s been playing the same part in her last six movies.

What the heck, Mr. Ashley Judd just won a big paycheck at Indy!