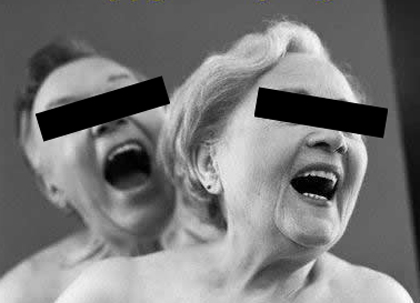 Tatler magazine’s June issue investigates the hordes of “slightly overweight, sweaty” middle-aged men and their pampered, aging wives who are regularly hitting the nose candy. Their drug-fueled indiscretions, says writer Vassi Chamberlain, are landing them in the ER in increasing numbers, where bored nurses barely raise an eyebrow at the frequent visits from graying party kids. The grim fact is that the old folks have gotten their hands into the coke jar.

Could it be that fairy dust has now replaced a Bette Midler soundtrack as Grandma’s ultimate dinner party accessory? Warns Chamberlain, “Cocaine abuse used to be a young person’s drug … There’s no longer any sense that you need to act your age.”

I just wanted to use that picture.