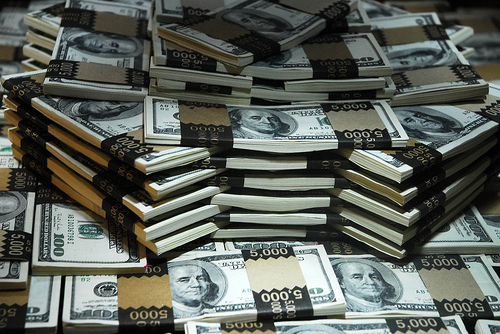 Lately the state run lottery has been advertising that a $15 million jackpot really is worth plunking down a dollar or two.  “It’s only $15 million,” the ditzy blond says as her friend buys a ticket.

But the news readers haven’t picked up that a million bucks isn’t what it used to be. They still “pop” the “b” in billions when reporting the cost of some government program or overrun or tax increase or quarterly profits of big corporations.  They are afraid that we poor ignorant masses might think Lehman Brothers investment bank or Exxon Mobil would report quarterly profits in the millions.
With the national debt over six trillion dollars, it’s time to stop popping the “b’s” and start popping the “tr’s.

Buy those lottery tickets, you could be a trillionaire.