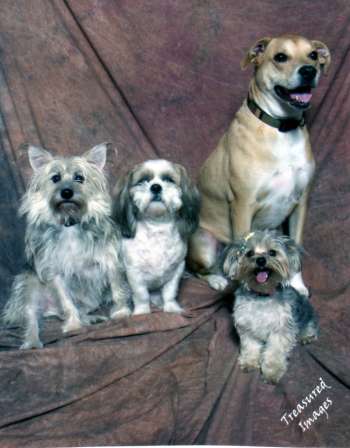 Derby – most likely suspect – certainly observed many times on the end table as well as the back of the recliner, dining room table, etc. Was crated at time of crime. Dismissed.

Oliver – most unlikely suspect – the Lump usually never moves from couch when humans not present (or when they are.) However, has been observed with front paws on end table when mailman comes to door. Has no viable alibi.

Recommendation: Buy a new lamp. Dismiss case because none of our precious beautiful little doggie-doo’s would do anything on purpose.