These are all examples that I think Ms. Steinem would agree are prick flicks. 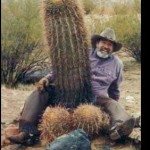 In addressing her thoughts to a young man she shared a plane with who didn’t want to watch a chick flick, Ms. Steinem said…

I propose, as the opposite of “chick flick,” films called “prick flicks.” Not only will it serve film critics well, but its variants will add to the literary lexicon.

That makes sense. I didn’t read the rest of her diatribe because I get lost and bored, but believe me there’s more. A lot more.

I think she would say that these are chick flicks:

I just named the prick flicks that I get to buy and watch over and over.

All the movies that portray violence against women, preferably beautiful, sexy, half-naked women. These feature chainsaws and house parties for teenage guys, serial killers and sadistic rapists for ordinary male adults, plus cleverly plotted humiliations and deaths of powerful women for the well-educated misogynist.

I don’t get to buy those. I can rent them when she’s playing Bunco, but I don’t because of the guilt she has instilled.
Glooooooooria, G, L, O, R, I, A, makes the case that there is chick lit (hate their gum) and prick lit.

Ms. Steinem wants us to enjoy diversity in the movies. Only if my wife insists.

Is Norbit a chick flick?

Add your favorite chick flicks and / or prick flick in the comments, please.

UPDATE: Redneck Diva has a nice list of tear-jerkers today.