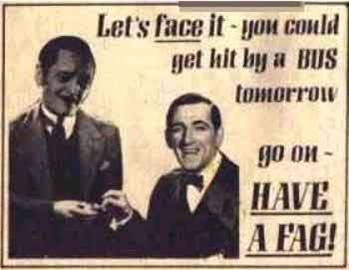 Jerry Lewis has been ad-libbing his Labor Day Telethon for 42 years. I think the only parts of the telethon he doesn’t ad-lib are the introductions which he reads off cue cards.

At age 81, he finally slipped up and used a sexual slur while trying to make a joke.

In the 18th hour of the telethon Monday, Lewis, with his bow-tie undone and his shirt collar open, stumbled around the set at the South Coast Hotel, Casino and Spa in Las Vegas, Nevada, marveling at the cameraman’s ability to keep up with him.

Lewis then gestured toward two other cameras on the set.

“Oh, your family has come to see you. You remember Bart, your oldest son,” he said, pointing to one camera.

“Jessie, the illiterate fag,” Lewis said, pointing to the other.

I hope the Gay & Lesbian Alliance Against Defamation will let him off the hook with a quick apology.

“The success of the show and all the good that will come of it shouldn’t be lost because of one unfortunate word. I accept responsibility for what I said. There are no excuses. I am sorry.”

I hope GLAAD doesn’t push this any further. Remember: 42 years of raising billions of dollars for Muscular Dystrophy has to count for something. It has to.

GLAAD says they want to sit down and explain how hurtful this is and ask him to help raise awareness. How about GLAAD just let the guy off the hook and accept his apology? Let him get on with his work to raise money for Muscular Dystrophy. It’s not like the guy has lot of time on his hands, and frankly, not a lot of time left in his life.