Let’s just suppose that you were in charge of designating a National Historic Chemical Landmark, what pops into your head?

Those are all pretty good.

WASHINGTON, Sept. 19 — Scotch (R) Brand Transparent Tape,
one of the world’s most ubiquitous products, was designated a National Historic Chemical Landmark in a special ceremony today at 3M Center in St. Paul, Minnesota.

Scotch tape was invented in 1930 by Richard Drew. He used 30 raw materials. Suppose the award is based on the number of chemicals used in a product?

How about the name Scotch tape? Where did Scotch enter in? Sit down my children and let me (actually another blogger) tell you the story. A sales rep took a sample to a body shop…

The painter carefully applied the masking tape along the edge of the color already painted and was just about to spray on the second color when the tape fell off. The annoyed painter examined the 2-inch wide tape and saw that it had adhesive only along its outer edges, but not in the middle.

Annoyed, the painter said to Drew, “Take this tape back to those Scotch bosses of yours and tell them to put more adhesive on it!”

If the invention is like most others, all the patents belong to 3M, and Mr. Drew no doubt live a long and happy life working at 3M and singing about Scotch brand transparent tape.

Here is the tribute to Mr. Drew: 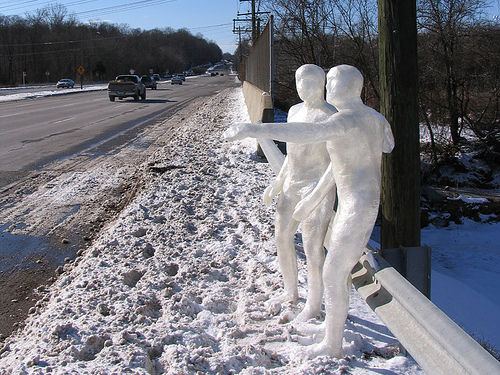