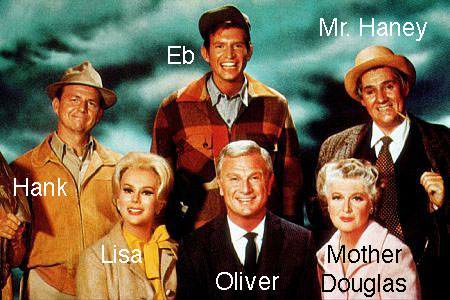 BuzzSugar has a regular weekly feature where readers are asked to recast an old television series.

Green Acres was, and is, one of my favorite moldy-oldies.

So here’s my pick (either real-life or tv character they play.)

Yeah, that would work!

Spoiler: responses to the “contest.”

Most recently, she was tapped to work on the newly reimagined pilot of the 70’s sitcom, Green Acres (Para-Scope Productions), with veteran TV helmer Richard L. Bare.

The casting director for the new Green Acres commented below! Kewl –