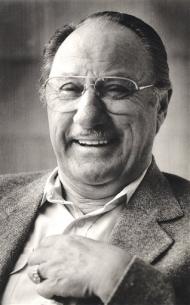 The man famous as TV’s “Mr. Whipple” died of natural causes at the Motion Picture & Television Fund Hospital in Woodland Hills, said his daughter Melanie Wilson, who is known for her role as a flight attendant on the ABC sitcom “Perfect Strangers.”

Over 21 years, Wilson made more than 500 commercials as Mr. George Whipple, a man consumed with keeping bubbly housewives from fondling the soft toilet paper. The punch line of most spots was that Whipple himself was a closeted Charmin-squeezer.