In what foreign policy wonks are calling the most usual unproked attack on U.S. soil since Daniel O’Donnell, an ICBM struck Meigs Field airport earlier today.

The work has been claimed by Head Rambles:

So this is the address (Sixty Note: Meigs Fields) I have programmed into the ICBM [with 2 Megaton warhead, DVD rewriter, 180Gb HDD with Windows Vista] that I bought on eBay last week. I shall be launching it shortly.

Fortunately Meigs Field was evacuated of all important life forms by Mayor Richard Daley in 1994 in anticipation of such an attack. Only spammers inhabit the area now. In ten thousand years, after the spammers have mutated into a more controllable and harmless life form, like the Snakehead, the area will be developed into a complex of luxury condos and liquor stores. 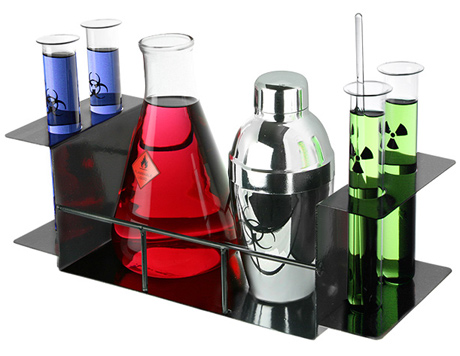 However, in order to maintain the correct world order, the National Uniform Tallywackers (NUTs) have launched a BHLB (Big Honkin’ Load of Bomb) to perform mulesing on Ireland.

The US Navy has warned planes and ships away from a large area of the Pacific ahead of an attempt to shoot down a rogue spy satellite carrying toxic fuel tonight, CNN reports. The space shuttle Atlantis is due back on Earth today and military officials are waiting for its safe return before trying to blast the malfunctioning spy satellite into harmless debris.