Juan Pablo Di Pace asked his lawyer to complain to the UK Royal Opera House because they removed his penis. Di Pace had a bit part in Rigoletto years ago. To promote the opera, they asked him to pose for a publicity picture.

But it seems the Royal Opera House has a policy against nudity in their advertising.

The offending picture featured him nude supported by a woman in the centre of a busy scene. In posters for the show, which appeared at London Underground stations, the actor’s modesty was covered by a cloak (featured), while in brochures and leaflets his penis disappeared entirely. 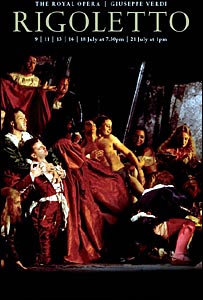 Yep, the old Photoshoppers did their tricks and undicked the poor bastard. You just know they were laughing all the time they were doing it too. Then again, it may have been the easiest job they ever had to do, give the size of his package. 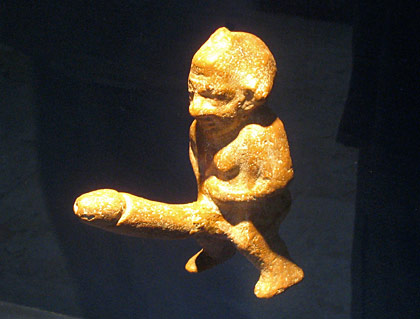 Or, like Bes, Di Pace had the penis of his dreams, and felt he had missed his shot at the big time.