Jenna Bush is getting hitched, is it today? It doesn’t make any difference. I just have a feeling that at some point in her life she is going to wish she had taken advantage of having daddy in the White House, and gotten hitched there.
I don’t buy all this “privacy” bunk she’s peddling. I think what is motivating her is vengeance. She’s really pissed at the White House press and the tabloid press. Her daddy isn’t too fond of them either, and I think the same holds true for mom, grandpa and grandma!
So it’s her little payback on behalf of her daddy and granddaddy.
Nyah, nyah, nyah, you can’t come to my wedding.

Damn, what I would give to see a drunk Dick Cheney with Condi doing the chicken dance – or the Macarena.

At some point in her life, though, she’s going to look back and give herself a dope slap because she didn’t get married in the White House – the next best place to get married aside from Cinderella’s Castle in a closed Disney World. (I wonder what Disney would charge to shut the place down for a day? Homeland Security could determine a terrorist threat.) 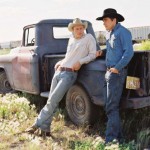 But how can you beat having the Marine Band play Here Comes the Bride and tying the knot in the freakin’ Rose Garden? Dancing in the East Room? Holy crap what is she thinking?

Maybe her new husband will whisk her away to D.C. for a couple nights chasing her around in the Lincoln Bedroom while daddy and the others sober up in Crawford.