I don’t care if all the cool kids are touting how wonderful Firefox 3.01 is, and how it should kill Internet Explorer. I absolutely freakin’ HATE Firefox and the way it underperforms the other two browsers: IE and Safari. 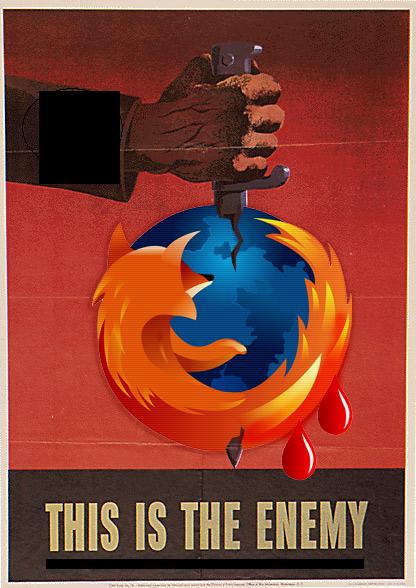 Yeah, that’s pretty extreme and probably very offensive to some folks, but right now, I’m OK with labeling Firefox the scourge of my browsing experience.

Here are the issues:

Yeah, well there is TO a difference. Making a JPEG made Firefox look a LOT better than the stupid real Firefox.

2. I HATE the way Firefox and Google RSS don’t get along.

I have removed all the Firefox Add-ons. It’s as clean a version as my little pea-brain can muster. Yet when I scroll thru the RSS feeds this pops up about every tenth feed. All previous feeds are not marked as read so the next time I go back to the reader, I get the same feeds again. I don’t have a few seconds to wait. I have important things to do. I am important. I am a man, I am not an animal. STFU Reader…

3. I HATE the way Firefox won’t display the page correctly.

Here’s how I want the page to look: With the old type fonts as background. Like it shows in IE:

Don’t tell me I have to have two versions of CSS to make Firefox look like IE. That’s not my problem. That’s not my code slave’s problem. IE is still the dominant browser. If Firefox can’t replicate IE, then that is a problem for the Firefox brigade.

So I am off Firefox.

I am on Internet Explorer.

And Bill Gates is a Prick.