You just can’t make this stuff up. The insurance company that won’t pay for brand-name thyroid meds to keep Nancy’s thermometer in tune is paying for a bunch of one-armed golfers to have a tournament in Simpsonville, Kentucky. 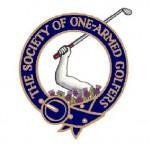 Valhalla Golf and Izod Club is the host this year for the every-other-year Ryder Cup golf matches. The Ryder Cup is a big deal – internationally.

International bigwigs will be all over Valhalla Golf and Ralph Lauren Club in Louisville for about a week. Japanese and German corporate jets will descend on Louisville like corporate jets for a golf tournament, because everybody in Kentucky works for the Japanese or Germans. There will be a shortage of limos. Hell, the bigwigs in the burg I live in are renting RV’s (har) by the handful for trips for their top clients (and ALL the golfing execs.)

I don’t want to know how much money will be spent to entertain VERY RICH PEOPLE by corporations (read stockholders) during the tournament. Humana is a convenient stone’s throw away from the Valhalla Golf and Tommy Bahama Club. I’m sure the CEO of Humana is a member of Valhalla, and probably a couple dozen of his V.P’s are too.

To sit in a tent and drink Chivas at Valhalla Golf and Louis Vuitton Club and be seen by the other VERY RICH PEOPLE it costs $6,148 per person for the four days. Want to bet a nickel that Humana has over 100 executives on the Humana payroll at the tournament? and probably another 250 employees will be fetching people and things?

We’re insured by Humana and we can’t afford the ticket price to get in. They are sold out anyway, have been for probably a year. We could probably it, but what a waste.

And Humana is spending ANOTHER $100,000 for 24 guys to play a tournament (two captains)

“On behalf of the players and members of both participating organizations – and the individuals worldwide who will be motivated by this event – we want to thank Humana for its generous support.”

Oh, before I get back to the one armed golfers, check this out.

Seems the One Armed Golfer dudes are very liberal. Apparently you can have two good arms to play in their events. The video shows a guy with two good arms playing in a one arm tournament.


Yeah, the guy has two bad LEGS, but he can play in the one armed tournament. WTF?

When my daughter played high school golf, she qualified to play on the boy’s team because they didn’t have a girl’s team (thanks Title 9.) One of her teammates was a one-legged golfer. Lost his leg in a farm accident. He played against four limbed people. My daughter has a brain injury that makes her a gimp. She calls herself a gimp. GimpyGirls.com calls themselves gimps. I’m not against gimps.

I’m against gimps getting $100,000 from Humana to play a golf tournament. Humana has created gimps becauseof their refusal to pay claims – or because their premiums are so high, people are uninsured.

I’m against Humana taking VERY RICH PEOPLE to watch a golf tournament where half the field is from a country where Humana doesn’t do business.

I’m against Humana spending money to sponsor a tournament for gimps, where half the field is from a country where Humana doesn’t do business.

I’m pretty much against Humana having any involvement with ANY golf tournament.

But in the insurance game a million bucks doesn’t mean much – unless it’s a medical claim.