Next weekend is a huge golf tournament at Le Club du Golfe where we belong. Chicks and Dicks, or Cocks and Knockers, something like that.

It’s a man/woman team tournament. There will be 108 couples on the course. Half have a morning tee time, the other half a noon tee time. We play in six-somes alternate shot.  It’s a two day deal.

I often tell people that my favorite vacation was the golfing vacation we took at Boyne Mountain. They are attempting to break the land speed record for golf there today. 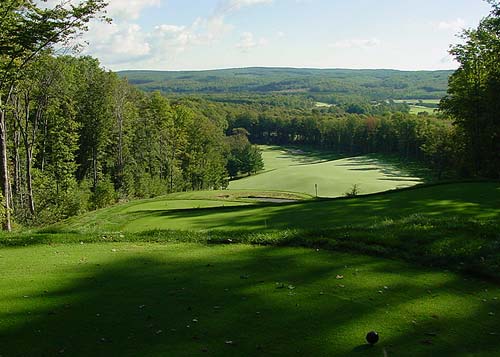 The course we played most often was down a mountain (to us flatlanders.) Very scenic. But the best part was we stayed right across from their practice facility. A very nice one. Gigantic putting greens, gigantic pitching greens, bunkers, driving range, everything.

So Steve and I would often eat an early breakfast and head to practice as Cheryl and Nancy prepared for the day. We would then all play 18 holes, rest, drink, head to town for dinner, drink, and do it all over again the next day.

Practice was the fun part for me.

Nancy likes to win. But she doesn’t like to practice. She never practices – even putting. She doesn’t even warm up before the round. She just steps to the tee and pounds it down the middle.

You know where this is going right? We didn’t play in the tournament for a couple years, because it just wasn’t fun for me to spend $500 on a weekend of golf at our home course and come away with nada.

But this year, a new couple joined and we have been playing a lot with them. So I said I would play again.

The conversation went like this a couple months ago:

Nancy: Do you want to play in Twits and Twats this year?

Me: I will answer tomorrow. But when I do, don’t ask me “are you sure?”

I said I wasn’t going to play this weekend, but she should if she wanted. She mentioned that maybe she should get a tee time for Tuesday or Wednesday. (She plays in league on Athletic Wednesday.) When I asked why, she said “so we can practice!.”

She wants to win.

Even though she says over and over and over “it’s just for fun.” She wants to win. I do too, but realize that until one of us can hit the green from 150 yards out, our chances are hopeless. She drives well and I can putt well, we’re about the same on chipping. We both suck at 175- 130 yards.

My practice this week is to get in a zen like state of “who gives a shit.” It usually doesn’t take more than a few minutes, but for this tournament, I’ll take a whole week, thank you very much.