If you’re not familiar with the term “jump the shark” it refers to the Happy Days show where the Fonz trades his motorcycle in a for a pair of water skies and literally jumps a shark.

It usually signifies that something has radically changed to take a previously popular program and move it into something totally different.

I can now declare it officially. NASCAR jumped the shark July 27, 2008.

The location was the hallowed ground of the Brickyard, in Indianapolis, Indiana. A track that had not seen any other type of race car until NASCAR convinced the owner that a stock car race would cure the ills caused by his greed.

Instead, that day – and confirmed on Saturday, August 2, and again on Sunday, August 3, NASCAR jumped the shark: 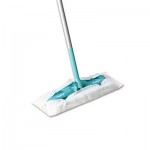 They always were entertaining as wrestlers.