To all my Korean friends, don’t eat to much dog today!

Chuseok (chew-sock) is celebrated on the 15th day of the 8th month of the Lunar Calendar, or for those of you who are ass-trolgically challenged, September 14! Chuseok is like our Thanksgiving and ranks right up there with Seollal – the Korean New Year, which is, of course, celebrated sometime in Feburary.

Chuseok is a time to honor ancestors with harvested grains and fruit.

The Koreans got it going on! None of this Thanksgiving, Christmas, New Year, bam. bam. bam. then nada for months. They spread out their holidays.

It’s time we took a look at our holiday schedule: Lets do the Chuseok deal: except celebrate with fermented grains and fruits. We can all tip a bottle of our favorite fermented grain or fruit to our recently, nearly, or about to be departed ancestors.

I’m OK with keeping Thanksgiving, because it is my favorite meal. And Christmas can’t be moved because, well you know, I like getting presents.

But lets move the New Year’s celebration to 2/2! It would be something to look forward to-to. Traditional garb of course would be the tu-tu. The patron Saint would be Desmond TuTu. At 2:22 on 2/2, we would all gather in our tu-tus and sing the Miles Davis Song (which if you don’t recognize it is Tu-Tu Tuesday.

To honor our African American Brothers and Sisters upon which this nation was built, it would be nice if we all dressed up like Al Jolsen and or Miles Davis.

To To Tuesday you smell

To To Tuesday don’t swell!

The chow chow dog from Chuseok

has gone away, no word can tell how sad it makes me.

Dismiss me Tuesday, and then,

Dismiss me once again.

Watch for a male,

If you read braille,

If you don’t get some bumpy paper,

than you’ll know I am in jail.

To To Tuesday don’t sigh,

To To Tuesday third eye! 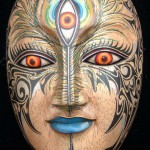 BTW: Tuesday Weld was HOT ( her nickname was Tu-Tu ) 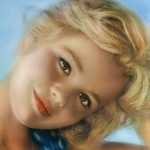 not to be confused with the band called The Real Tuesday Weld which has an awesome little ditty called Bathtime in Clerkenwell.

At the center of Clerkenwell, a part of London, is a pub called Three Take Way One. They have agreed to serve as the international headquarters for… hmmmmm, what was I writing about?