I haven’t give much thought to being stuck. I seldom am stuck. But lots of people are stuck. Stuck is an odd word if you stay it enough. Stuck. 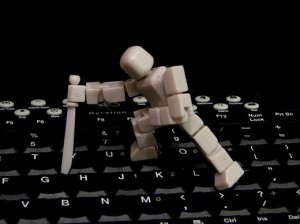 And when matins and the first mass was done, there was seen in the churchyard, against the high altar, a great stone four square, like unto glass or sand; and in midst thereof was stuck a fair sword naked by the point, and letters there were written in ivory about the sword that said “TYGH,” which meaneth “Whoso pulleth out this sword of this stone is rightwise king born of all England.”

A Miami mother says her 6-year-old son became stuck inside an operating washing machine while playing with his sister.

As of Dec. 1, Goodwill Industries of Kentucky no longer will accept televisions and computers at its donation centers.

The problem is, I didn’t get some for Lynn and I and after riding with that delicious smell in my car for twenty minutes my mouth is watering and my brain is screaming Fazolli’s!    I’ll have to implement tough love on myself because I think I gained three pounds being trapped with it in the car with the windows closed.

Described as “the twisted tale of four ghosts trapped in a maze while being stalked by a giant yellow monster”, they cleverly flip the hero of the story from Pac-Man to the ghosts and then throw in all of those action/horror movie clichés we’ve come to love and groan at.

Authorities in Columbus say a man locked out of his apartment tried to climb through a window, got stuck and suffocated.

Places I don’t want to get stuck: