Hell’s Bells, I’ll just jump on the old band-wagon since they are just a warm and loving bunch of folks at NotOverTheHill.com. Always on the lookout for other boomers that might have a similar interest, I signed up for their site.

I didn’t like it and said so. I had specific reasons that I thought were pretty lame.

It appears they have peaked like so many other “boomer” blogs/websites. We’re just all not that similar. Since my traffic is close to theirs, I figured there must be beaucoup bucks out there for me to scrape up if I just declared: thus I Am a Blog Targeting Boomers.

I thought I would hop over to see what was going on since they need the traffic. Alas, I am persona non-Sixty. So, since I have been challenged, I probably will log on under another username and cause them more grief, just because I can. They deserve it. 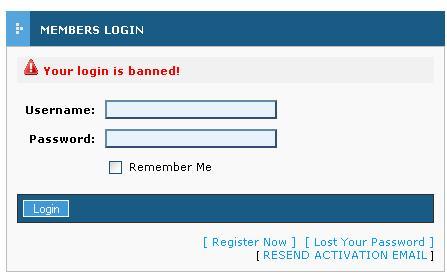 NotOverTheHill.com are my kind of folks, here are some comments from the last time I wrote.

I’m a proud member of the Hill. You’re an egotistical, pompous blowhard. Big surprise.
Jul 13th, 2008 at 6:24 pm
“Who are you?” is already a question. See, it’s got a question mark after the words. What part of “who are you” do you not understand? I am asking the identity of the person who is running down NotOverTheHill and the reason I ask is so that I can verify that I know you, or that I don’t know you.
Aug 4th, 2008 at 10:48 pm
you don’t like welcome messages then you should not have signed up. you must come from a part of the country that i don’t like because they are like you, very rude, crude and unsocial.

I have had a myspace account for several years, I became depressed from all the sadness that permeates from so many people; missing children, murdered children, dying children…


Sep 11th, 2008 at 6:02 am
What a load of babies, with your rubbish talk if you don’t like NOTH stay away we don’t need people like you. What a shame your gum didn’t get stuck in your horrid nasty mouth.

Of course I have been nothing but kind and loving in my response. Hee.