I’m joining the movement started by Campbell Brown of CNN. (I sure miss her on NBC Today Weekends. I don’t watch her on CNN because I’m not a CNN watcher, I watch Headline News in the a.m. But Campbell and I had a regular weekend meet-up and I miss that.) 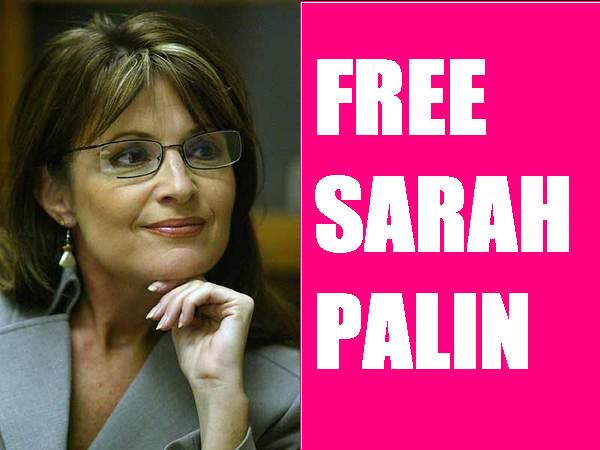 Campbell says the fact that Palin is being sheltered from questions from the press is sexist. She makes a good point. Look at all the women politicians that face down the press every single day. Yet, McCain keeps her away from direct questions. It’s a right of passage. It’s an opportunity to gain votes, or to screw up. All politicians go through it – except this one!

It just doesn’t make sense. McCain can’t say she is capable of being “one-heartbeat-away” and not face the press. If McCain is elected and croaks, will that be her first press conference?

Remember when Alexander Haig faced the press and announced “he was in charge” when Reagan was shot? (He wasn’t – he was Secretary of State – and Reagan wasn’t dead.)

Will the first time we see Sarah Palin in a uncontrolled situation be during the debates? If so, I can’t wait.

Here’s Joe Biden at work on a Reagan nominee for Secretary of State, Bill Clark:


“I sincerelyhope you can answer these questions,” said Biden. “Let me begin with southern Africa — not South Africa, but southern Africa, such as Namibia, Zimbabwe, Swaziland, Mozambique, Angola and so on…. Can you tell me who is the prime minister of South Africa?” Clark answered: “No, sir, I cannot.”

As the cameras clicked and the evening-news crews started salivating, Biden pressed on: “Can you tell me who the prime minister of Zimbabwe is?” Clark: “It would be a guess.”

“This is almost unprecedented that Governor Palin is being kept away from the press,” he said. “I think she’s got to at least come out a little bit.”

That last statement was from Bill O’Reilly!

Aside: My mantra for the blog has been: No Politics, few rants, attempted humor. Inspiration. So I am setting aside the “no politics.” I have a pretty thin skin and may be sorry, but I thought it was worth giving it a go. I’ll try not to mix up politics and ranting. I’ll try to keep a sense of humor in dealing with comments. Bring it.