You throw balled up socks at the television? Sit and Flip? Read or knit or surf while the television is on for background noise? Mumble, “I could come up with a better idea that that stupid show.”

My good friend, John De Mol, creator of such fine television as Big Brother, Who Wants to Eat a Millionaire, and Fear or No Fear is so desperate for ideas for television shows he can pitch to coked out studio heads in Lost Angles that he appealed to me to get the word out.

Dutch dude, like moi! Johannes Hendrikus Hubert de Mol, now that, my friends is a name.  Monogrammed towels are out with a moniker like that!

I am certain that someone with little connection to the TV industry is sitting on a truly great nonfiction show concept,”? said de Mol. “TalpaCreative.com offers that person a direct line to my development team, which could be all it takes to make their dream into our next reality hit. We are ready to take creative and financial risks, to bring some of these ideas to life.

No, seriously. If you have a great idea for a television program, go here. You will have to create a log in, but it’s a harmless site, no malware, spyware, adware, or tupperware.

Just be sure to read the terms and conditions, there is something in there about execution.
If your story idea gets picked up and makes it and wins a major award, just mention me in your acceptance speech.

John is the founder of Endemol.

Despite what you think, the company does not make weapons of mass destruction.

Actually he has nothing to do with ending anything. He begins things. The name of the company is a mashup of Joop van den Ende and John de Mol. Joop.  van den Ende. Yeah. I can’t make ’em up  like that. I bet he had to be tough kid growing up.  Still not even close to Crumpacker for a name, but getting there.

Joop and John flipped the company to a phone company and then it got flipped again and I think again.

Wheel of Fortune? Hey! Dead Merv made up that show, right? The chart above is the Top Ten in Turnover for 2007.  That’s some inside television talk for you. 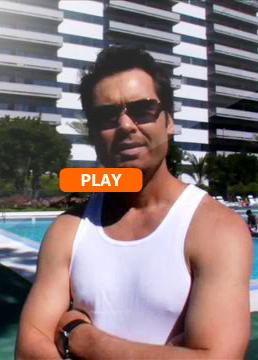 Where else can you get information like this? Well, where else in this format? So RSS me and don’t miss out on the free candy.