This is probably an old joke among hocker moms, but I thought it was clever. I couldn’t find out if Sarah Palin left the Flyers game where she dropped the honorary first puck. But if she skipped two periods??? 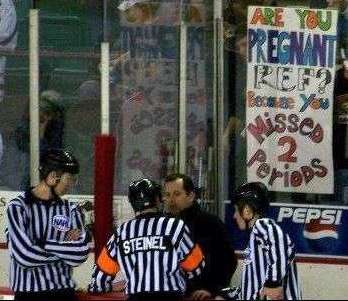 Outside of golf, hockey probably has more double meaning terms than any other sport.