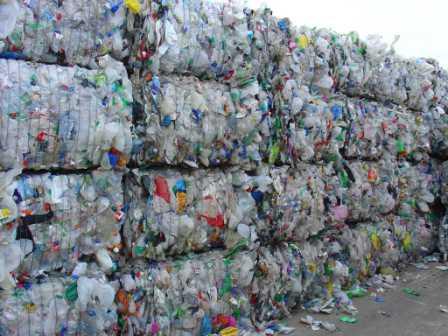 Recyling is just a load of crap foisted consumers and municipalities. Saturday is America Recycles Day, so expect to see a lot of “we are the world” commercials about how important it is for everyone to separate their plastics drag them to the curb so the city recycle truck guys can sort it again and haul it to the recycle center where it sorted, loaded on a truck and hauled somewhere else and sold. The raw materials are then sold to container makers and the circle of crap begins again.

Who’s behind the America Recycles Day?

People who are educated and committed to “doing something” are even suckered by the proproganda.

Corporations produce disposable containers, we buy them, but we also take care of getting rid of the “producer waste.” When disposable bottles were first introduced, citizens realized there was a cost to them to get rid of the producer crap. Many thought it would be a good idea to put a deposit on each container. Seems logical: if I don’t want to send back a container for reuse, I pay more. If somebody wants to take my reusable container they can get some money for their commitment.

So we are stuck with hundreds of millions of containers entering the waste stream.

Reuse is often confused with recycling, but they are really quite different. (Even those engaged in reuse frequently refer to it as recycling.) Reuse in the broadest sense means any activity that lengthens the life of an item. Recycling, on the other hand, is the reprocessing of an item into a new raw material for use in a new product–for example grinding the tire and incorporating it into a road-surfacing compound.

The container makers invented the term: “litter” and suddenly we had a national crisis for controlling litter.

Recycle Rebound. Reduce. Reuse. should be what the kids learn. Rebound the containers to their place of origination to be reused.

Imagine this: all the soda/pop/beer/water bottles become returnable, and/or have a deposit attached! That alone would be a massive improvement!

UPDATE: Those newspapers you have been so dutifully hauling to the curb? They are being baled and sitting in  the same warehouses full of plastic, with no place to go:

Stacks of baled paper, plastic and metal are mounting at the Sacramento Recycling & Transfer Station plant on Fruitridge Road because market prices are too low to turn a profit or, worse, no buyers can be found, its operators said. 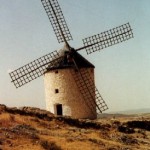