Interior designers in towns like Smallburg, KY must be really frustrated. I know there are some who claim to be interior designers in Smallburg, but I think they call themselves that to boost their self-esteem because they really know they just are personal shoppers. I heard about a home yesterday that the owner calls “the barn.” Of course, it’s not a renovated barn, that would be cool. 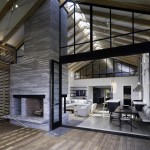 Instead it’s a big brick building with a steeply pitched roof, where the guy has displayed all the remnants of wild animals he has killed. He supposedly had an interior designer, but in reality, it’s his macho-mansion. (earworm!)

I saw another house with a gorgeous, new, dramatic, stone fireplace. (not unlike the picture above) The owner traveled many miles to get an authentic barn beam that for the mantle. Above the mantle is their BATV (big ass tee vee)!

Yeah, I’m little jealous. I’d like to have the money to be able to design a home – or even just a room – that would reflect our tastes.  I’ve given this a fair amount of thought while sitting in the NASCAR/Cigar Bar.

Nancy is kinda the same way, except she will sit and knit in front of the screen, or flip through a catalog. Her needs are similar.

What we have now is three recliners, and a sofa with a recliner at each end. Yeah, that you really have to be Freud to figure the meaning of those images. They all face a huge wall killing TeeVee cabinet with side cabinets that used to have our silver and other useless fancy china in it. (That all got taken out when I had to move the thing to install the Tivo. It currently sites in a plastic container in the middle of the room because we can’t decide what to do with it.)

We also have a dog crate, fifty-five dog beds and pillows, two wicker baskets for dog toys which are empty because the toys are all over.

We stack our stuff on three end tables with a some lamps.

So I’m thinking we start over:

I have my chair in mind, it would be a combo of  these two. 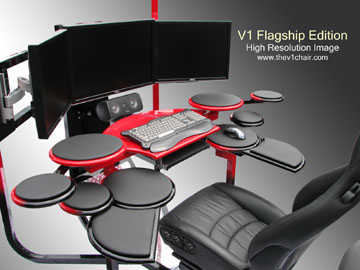