Derby and I just came in from the cold, void that was the NASCAR/Cigar Bar after contemplating how NASCAR could get themselves in such a fix. NASCAR layed off 1,500 people,  lost the title sponsor for one the series races, and the former Big Three auto manufacturers will spend less money on winning NASCAR races next year.

For the record, I was smoking a Vega Talanga, Corojo Series, Reserva En Tericio, a handmade cigar from the Honduras.

So the title sponsors for next year’s NASCAR top racing series will be:

None has a “real” connection to racing. They are band-wagon jumpers. Bill France built a helluva franchise and made believers out of a lot of car builders, parts suppliers, and vendors that had direct ties to cars/trucks. They sponsored cars and races and tracks.

Then, it happened. NASCAR got real popular, and NASCAR got greedy. NASCAR got caught up in itself. Bill France died and his son Brian took over but it started earlier…

Jeff Gordon is too pretty to be in NASCAR.

Remember, NASCAR’s roots are in rebels souping up sedans and running whiskey away from the revenuers. When Jeff Gordon, a California boy, wanted to drive in NASCAR, Bill France should have stepped in with his mammoth fist and broke Gordon’s nose. Gordon’ probably would have decided that NASCAR is not a place for a California boy.

So now we have Carl Edwards and Juan Pablo Montoya running in NASCAR, fer chrissakes. Way to pretty – they can race in Formula 1 or the IRL if they have the racing bug. But NASCAR is for guys that cuss and don’t shave and say “ain’t.”

Formula 1 is for brie-eaters, Indy Racing League is for suits, and both are for clean shaven drivers that say “quiche.”

Tide is a laundry detergent.

Bill France discovered that somehow, women became NASCAR fans. So, the NASCAR marketing machine went to work and convinced companies targeting women that it would be smart for them to sponsor cars.

These are all major sponsors of NASCAR teams. Shopping, candy that doesn’t melt in your hands, whiskey in a purple bag, the ladies happiness pill, tiny little cream cakes, and fruit gum??? There was a pink car for at least one race: Breast Cancer Awareness. OMG.  C’mon! NASCAR! Sponsors should be beer, car parts, tools, whiskey that doesn’t come in bags, and the like.

People will accuse Brian France and Bill Helton and the Credit Crunch for killing NASCAR, but now you know better. It’s all a bunch of crap. Jeff Gordon and Tide killed NASCAR. 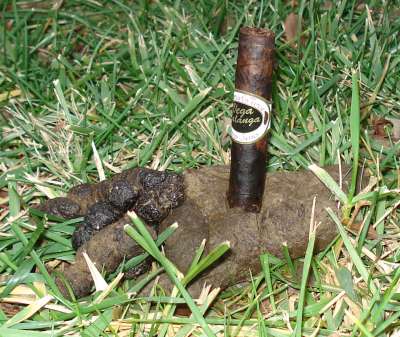