Tivo’s remote, lest I keep you in suspense, is the most indispensable gadget I have around the house. It is also the one I use the most and the one that gives me the biggest frustration.
Only until tonight, was I able to determine why I love my Tivo remote but hate it so much.
It’s a crappy design.

It’s not me. It’s the remote. It’s always on the floor when I go to look for it. On the floor, between the recliner and the end table, just baaaarely out of my reach.

It looks good, it works good, but it’s a crappy design.

I’m not going to kvetch about the size of the buttons, because I had those memorized within the first four hours of non-stop operation getting the remote to work with the TeeVee.

If the Tivo remote designers had used the damn thing in real life, the design flaws would have been painfully obvious.

I did a mock-up so if any of you slide-rule geeks want to take the project forward, we’ll be on the same page. 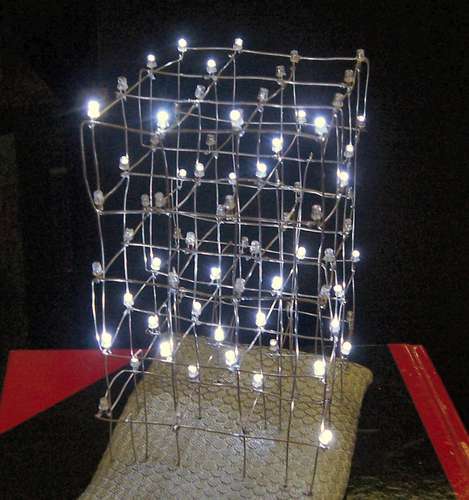 Ok, it’s not a cube, so sue me – it’s a prototype. I have the ideas, not the engineering. Sheesh, some people complain about anything.

UPDATE: Now this is what I’m talking about! It’s not a cube, but it’s a gel remote! When I sit it on the edge of a box of candy, it slowly conforms to the surface. As soon as I pick it up, it senses my warmth, becomes rigid and the internal light turns off. 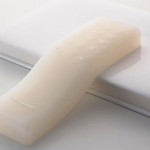 UPDATE: they still didn’t get it right, they took a way the buttons and it’s not as round, but they still are focusing on what it can do not how user friendly it is. Idjits.
UPDATE 2: CES 2009 revealed a sound activated remote. This will be well received in households where the remote is shared by two individuals who like to have sex. (not) When she hollars “Oprah” he will respond “Max after Midnight” or he will shout “NFL” and she will say “PBS.” Sheesh. It’s getting worse. 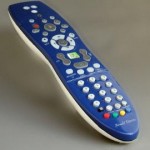