I think I was in on the early stages of an Urban Legend or an episode of Arrested Development. I checked the ultimate authority on such matters, Snopes.com, and after an exhaustive (not) search, I couldn’t find anything similar. I am offering this to you today as fact in hopes that you (or some other careless carefree blog reader) will stumble across this and present it as fact to keep the legend alive.

I met with a lawyer today regarding some property matters. Between two yet-to-be-built buildings will be a vacant lot.  Not terribly unattractive, but having three connected buildings of the same design and common face would have been sweet.

We began to refer to it as the gap in the front teeth. 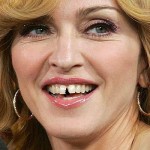 Since nobody is willing to build a building to fill in the gap, I jokingly suggested that they just build a facade to connect the two buildings.

The lawyer related that he attended a seminar regarding housing fraud where an appraisal was done on a home for fair market value of a quarter million dollars. Upon further review (after the bank collapsed) the lawyer related that the home had actually burned to the ground and the front of the house was only being held in place by some 2×4’s propping it up.

He suggested that this probably wasn’t just a “drive-by” appraisal, but actually may have been a Google Street View appraisal.

It was a funny show. I am sure we watched an episode where the Bluth family was going to be saved by a housing development, but all that was built was the facade.

Or maybe that bit where the barn almost falls on Laurel – or was it Chaplin – and it just happens to be standing so he went through the open window.

Or maybe I just shouldn’t have a burrito before bed.