You know what would be really cool next Tuesday? If the Fresh President wore a hat.

Now stop that, you’re visualizing a stereotypical hat aren’t you. I’m talking about a really cool fedora. Not a top hat either.
These are the Obama hats Stetson designed for the Fresh President. How cool is that hat? Obama would look great. Why do I care? Because I want to start wearing a fedora. 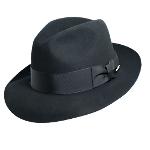 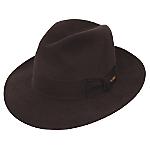 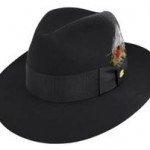 I’ll never look cool. Not Obama-cool. But I could be more stylish. 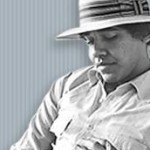 What do guys my age do to show some style? I already wear baggy pants because my belly forces them down there. I already wear oversize shirts (XXXLT) because they are just so damned comfortable. Shoes? Who looks at shoes? So as far as fashion choices, Boomer guys need a chance. The Fresh President can provide us that opportunity. Wear a hat Barry, please?

The common perception is another Fresh President killed the hat business. According to urban legend, President Kennedy not wearing a hat while delivering his inaugural address caused the collapse.

The fact is Fresh President Kennedy wore a Top Hat throughout the day, taking it off only to deliver his speech. 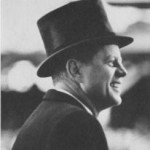 He was pretty cool too.

Ball caps are just so average.

Change? Yes We Can.

We can ditch all the ball caps of the world. The ones with bent bills, straight bills, ragged bills, bills to the side, bills to the back.

The only choice you have when wearing a real hat is how to tilt it.

To the side and you are a dashing debonair fellow. Push it back on your head and you are a casual fun loving guy. Shove it forward and you are mean dude that better not be messed with. Of course feathers and hatbands are fully customizable to give the wearer enough latitude to show personal flair.

When the Mob gave up wearing hats, it was the end of their reign of terror. If John Gotti, the Dapper Don, wore a hat he wouldn’t have died in prison.

How awesome would it be for american hat manufacturing make a comeback? Stetson is doing OK because they have cornered the Cowboy Hat market. Stetson is leading the charge to get a Hat For Obama. That’s called leadership. By growing the hat market, everybody wins.

So whaddya think? Any chance I will be replacing my current hat for a new one soon? I sure hope so. 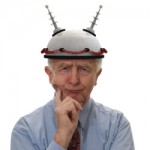