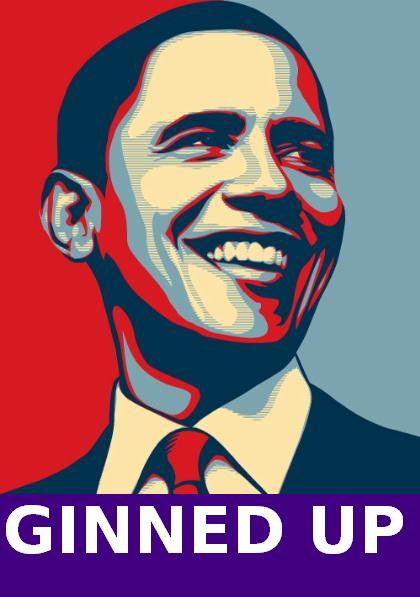 Ginned up? Wow, what a great phrase to resurrect. A little of the old internets research and I had this usage from an 1881 Helena Independent about different phrases meaning drunken:

In New England when a man is drunk he is “on a tool,” in Chicago he is “on a hoorah,” in St Louis he “has a dash too much up his nose,” in Kansas City he is “ginned up for all that’s out;” in St. Joe, “the benzine has the upper hold;” in Omaha “he’s on it bigger’n an Injun;” in Denver “he slung in a bowl too much;” in Cheyenne “the duffer’s got it in the neck;” in Leadville “the galoot’s on a roarer agin!;” in Bismark “he fills up with bug juice and gets fuller’n a goose”.