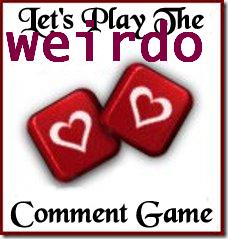 The Junk Drawer Blog is goofing off somewhere this week, but she left an assignment for her commenters. She stole a comment game from Comedy Plus.

The Junk Drawer Blog is fun, but whoooo boy, her commenters are just so vanilla, so white bread, so unimaginative.

It’s very simple. I start the game off by listing two words or phrases, like waffles or pancakes, and you pick the one you like better. You can explain why if you like.

I played too, here were my choice:

LISTEN UP. Here’s the deal. I am taking over this idea.

There is a big prize involved.

A wonderful Marilyn Monroe shirt from the wonderful people at TeesForAll.com. I wanted a gift certificate from TeaseForMe.com, but haven’t heard back. TeesforAll.com is not doing this because they like me, they want to sell you some Tee shirts. Surprise. Surprise. Surprise. They have a really cool Stones shirt, and some other Boomer targeted stuff.

No, it doesn’t have to be the Marilyn Monroe baby-doll with pink stripes, unless you want it. And then I want a picture of you in it.

It’s kind of like the The Junk Drawer Blog contest, BUT, the combinations need to be weird, arcane, tricky, smart, obscure, clever, whatever. (Like my examples! 🙂 )

AND: you must explain why you chose the word you did, to avoid miscellaneous fakery.

After a while, I’ll close the comments and then we will vote on the best combination.  Finalists may be contacted to provide a full and complete explanation of their word combinations so you can’t fake it easily.

Here is my combination, you take it from here: