Jon Stewart told Meridith Viera that he was a Twat because he used Twitter.

Ashton Kutcher sent a picture of “wifey’s” (Demi Moore) butt in granny panties to his followers. 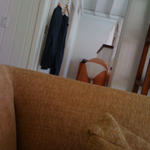 Jennifer Aniston dumped John Mayer because he spent too much time on Twitter.

Since I thought I was watching the life of Neil Sedaka when I saw The Jersey Boys, I thought adapting Jennifer Aniston’s woes to Breaking Up Is Hard to Do, by Neil Sedaka was appropriate. Here’s the video, feel free to sing along. Use my lyrics and get your YouTube.com 15 minutes of fame.

Remember when…. you Tweeted my ass
no forget it – other classless lass
“no time to text” said you,
Twitter isn’t hard to do.

They said you were busy and hard at work
Now I know, I know you’re a jerk
I call you out you loser twirp
Instead of Tweeting up I wish that you made noisy sloppy slurps.

I beg of you, drop the Twitter
Let’s screw until we have a litter
Come on baby, let’s start a new
Twitter isn’t hard to do.