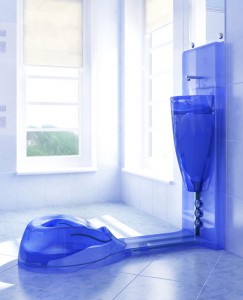 I’ll make it easy on you.

Give up? I should make this a real contest but I want to embarrass the dumb asses listed above because they consider this a “transgenerational” innovation.

which is pure bullshit. They spent an entire semester, 15 weeks, to design this turd of a concept.

Yeah, it’s a a bunch of ca-ca all right.

The Flo™ toilet is an ergonomic, sustainable design concept for baby boomers that functions like a squat toilet. Designers maintain that using the Flo™ toilet is akin to yoga – by building and strengthening abdominal and back muscles.

Oh, yeah? Let me tell you about using a squat toilettes. Paris has a few public ones. I needed to go. I didn’t know it was a squat toilette (stoop and poop) until I had already deposited by 20 centavos, or whatever those tiny Paris/Euro coins are called. 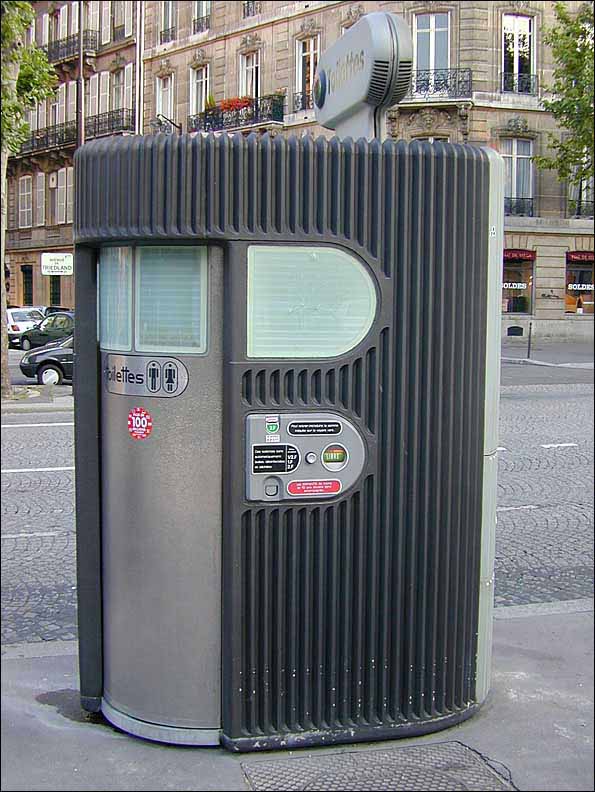 It was a self cleaning deal. I’m inside, the door has slammed shut like Capone’s Vault and Geraldo is on the way. Then I see the hole in the floor. I’ve got a turtle head going, so there is no turning back.

Poopsocking was not an option.

I try to squat, but a thoroughly osteoarthritic knee only bendable to about 120 degrees, keeps me hovering two feet above the four inch hole.

This affliction keeps my pants well in the line of fire.

I was sure as soon as I got half-naked, to get my pants out of harm’s way, the door would rotate open and the metro would have just arrived with a bunch of Japanese school children. (French kids wouldn’t bat a beret.)

So I leaned against the wall.

Luckily these self cleaning toilets are spotless. Otherwise the floor would have been slippery, my shoes would have slid and my butt would have hit the hole with my legs splayed out in front of me.

Which actually would have been a better in the long run.

I’ll spare you the rest of the details, you’re already way ahead of my story anyway. Downtown Julie Brown would have been proud of my creation.

Lemme tell ya, if any new toilet design comes around, let it be this one. 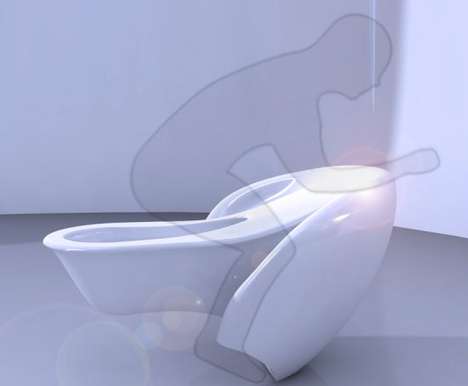 Yeah, the one where I can make motorcycle noises and face a television screen.