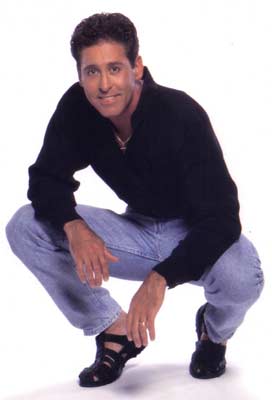 If you’ve ever been to Las Vegas, you would get the  impression that Danny Gans was the Mahatma Ghandi of entertainment. Except for Ghandi didn’t have billboards all over India like Danny Gans has all over Las Vegas.

I never heard of the Danny Gans before the first time we went to Las Vegas.

Who is this guy? I kept saying. And why haven’t I ever heard of him? Danny Gans billed himself as Mr. Las Vegas, even though we all know it used to be Frank Sinatra and then Wayne Newton.

Gans used to play for the Durham Bulls baseball team and had a small role in Bull Durham, the movie.

Then he wandered to Broadway for a stint then to Vegas, ending up at the Mirage in the Danny Gans Theater. His marquee is the largest free standing marquee in the world.

Officials at Wynn Resorts, where Gans had performed at the Encore Theater since February, and at The Mirage, where he performed for more than eight years before that, reported that Gans died suddenly in his sleep.

“All of us in The Mirage family are deeply saddened to learn of Danny’s passing,” Scott Sibella, president of The Mirage, said in a statement released through parent company MGM Mirage Inc. “We all knew of his devotion to his family and our hearts and prayers are with his wife and children.”

Gans was found dead about 3 a.m. by his wife, Julie, at their home in Henderson, said Wynn Resorts spokeswoman Jennifer Dunne.

Nobody seems to know where he was born or raised. I think the same was true of P.T. Barnum who once said:

Two cows are standing next to each other in a field. Daisy says to Dolly, “I was artificially inseminated this morning.”
“I don’t believe you,” says Dolly.
“It’s true; no bull!” exclaims Daisy.