Father’s Day, when everybody reflects on fathers, real or pretend.
My nomination for the worst son ever – at least he played one on TeeVee – is Larry Matthews.

This week, there was an event reuniting make-believe good TV dads and former child actors. But it ignored the more interesting bad dads, like Tony Soprano, Archie Bunker, Homer Simpson…

Larry Matthews was the worst child actor of all time. Worst. 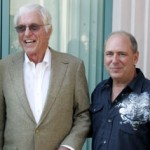 The kid always had a smirk on his face, even when he socked Freddie Halper in the eye and was supposed to be in big, big trouble, he would be smirking. 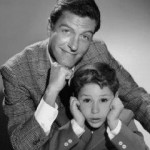 Larry Matthews as The Beaver Ritchie Petrie was awful.

Now Jerry-Mathers-as-The-Beaver was a kid who could act. But Ron Howard will never be surpassed as the best kid actor Of. All. Time ime, ime, ime (echo effect turned on.) Plus it’s doubly cool that he is a fantastic director and takes good care of his brother by giving him a role in all his films.

Thank you TVland for bringing us marathons so I can have such educated opinions on hot topics like the worst child actor and who’s crazy on “She’s Got The Look.”