This writer dude is giving me tech support advice. Isn’t that kind of like a painter giving me cooking tips?

Not really. There is a story. Always a story, isn’t there?

I read this post about blaming Canada. (Happy Canada Day!) Since I know a couple people in Canada via blogs and somebody tweeted they are vacationing in Canada, and another blogger is on her way home from Quebec City, I thought I would read why I should blame Canada.

In other  words, it was a helluva headline.

It was written by a writer dude from Men With Pens (which I always read as Men With Penis.)

James Chartrand is an unrepentant Canuck who survives exclusively on maple syrup, poutine, and beer. He is unfailingly polite and helps entrepreneurs and freelancers earn a decent living online at Men with Pens (dot CA, of course).

I ended up at Men with Pens and saw this: 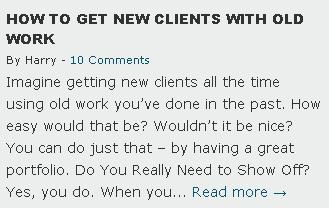 Digression: Here is a great video of dog howling to the Law and Order theme song.

Back on topic: It was not the content that caught my eye.

It was the raggedy-ass font display that caught my eye.  As I am wont to do, I found the “contact” button and sent them a note saying their site looked like shit. Actually  I said it much nicer, but that was what I was really thinking.

Info from Men With Pens wrote back:

Thanks for that – have you tried turning on ClearType if you’re on a PC?

ClearType? I have never heard of ClearType. I’ve heard of TrueType, but never ClearType.

I know nothing of ClearType.  …
I probably won’t bother with ClearType since I know nothing, and will be reading in RSS.
Observation: your designers made a site that requires a system tweak? ahem.

Actually, no, Mark. Microsoft makes our site require a system tweak. View the site in Apple and it’s smooth and slick. This is a fault with Microsoft – not our site.

I instantly took a liking to Info.

He called me Mark, said view the site “in Apple” and blamed Microsoft. Those who read me regularly can all chime in with me…

Bill Gates is a Prick

and I told Info that.

Hm. Just had a look myself. Smooth as a whistle, and I’m running  the latest Firefox on a Win XP PC. So… I’d say you need to turn on your ClearType, yes.

I responded…
I need one of those start>control panel>thingy>dealy>ClearType>options>activate> Restart emails.
Just sayin’…
Thanks for being so kind. I’m REALLY joking now. I will Bing it to see how to do get ClearType started. It would be good for me.

Yes, I wrote to Info at Men With Pens, a professional writer’s blog with thousands of regular readers, and actually wrote “how to do get ClearType.”

I haven’t heard back from Info, so I’m thinking that he is a techie and the only thing he writes is code.

Whew, that could have been really embarrassing.

Note: there inevitably will be a typo or error in grammar in this post. It’s there on purpose.