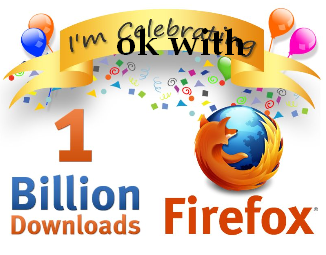 I’m not celebrating, I’m just okay with the fact that another 999,999,999 computers have Firefox installed and hopefully are using that instead of Internet Explorer.
Bill Gates is a Prick.

You’re probably like me, you have at least two browsers installed, and maybe four or five or none.

And, if you are like me, you get totally honked off at Firefox and switch to another browser just to teach it a lesson.

Sometimes I write Die Firefox Die. But it won’t and another version is released and it’s OK for a while.