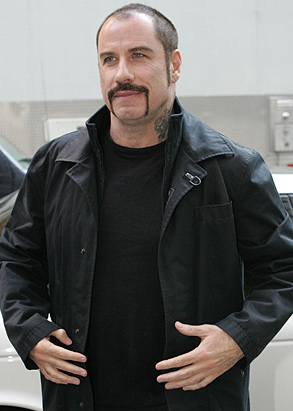 I only vaguely remembered the plot and the movie trailers for the new release starring John Travolta and Denzel Washington didn’t do much to jar my memory.

In case you need a refresher, a NYC subway car is hijacked and a dispatcher has a hostage crisis on his hands. If the ransom isn’t paid, a passenger a minute is killed.

John Travolta plays the Robert Shaw part (the leader of the hijacking) and Denzel Washington plays the Walter
Matthau part of the MTA cop.

If you are not a fan of the “jerky-camera-school-of-photography” be prepared. The director Tony Scott loves it.

I like Travolta as a bad guy. He can pull it  off and Pelham 1-2-3 is another star in his crown for playing a really – really – bad guy in this film.

Denzel Washington is good in his good-guy role too.

In an effort to bring Pelham 1-2-3 current, the characters start espousing their religious views and theories which seemed out of character. But maybe that was just me.

And of course, there is a mind blowing, although totally unbelievable crash at the end.

It’s rated R so the F bombs are everywhere. But it’s full of action and bullets.

Pelham 1-2-3 makes me want to watch the 1974 version and see if F bombs add to the overall quality.

Nah, I already know the answer, they don’t.