Bodacious Boomer mentioned her living conditions many of us have endured. The existence of a Home Owner’s Association (HOA – pronounced ho-ah, like some one from Boston would call a whore. Ho-ah) Usually every HOA had at least one Benita:

She’d actually park her car in front of each house and sit there with a clipboard noting the most miniscule things that she could report. Had one of the numbers fallen off your mailbox? Were the blades of grass in your lawn not all facing the same direction? I slept soundly at night, always safe in the knowledge that these most vital issues of life would soon be addressed by her in a memo I’d receive.

They say that good fences make good neighbors. Since the restrictive covenants in our particular subdivision forbid the installation of “fences, barriers or similarly containing obstructions,” we have lousy neighbors.

HOA’s were new to Smallburg when we moved here in 1993. We moved into the first HOA, which legally the city referred to as a PUD. Planned Unit Development. We had the only single family detached home of the group, the rest were two homes that shared a common wall. Thus to everyone in else in town, we lived in “The Condos.”

The Home Owner’s Association had written bylaws, covenants and restrictions. Limits on how many cars in the driveway, planting and painting and exterior renovations had to be approved, HOA mowed the yards, trimmed shrubs, replaced shrubs and flowers, etc. etc. Good stuff, stuff that every reasonable homeowner would want respected.

Naturally, only four out of about a hundred homeowners attended the quarterly business meetings. I got involved and when the HOA couldn’t afford to pay the lawn service because, god forbid, the dues hadn’t kept pace with inflation, I offered my services as “manager” of the association. Not President.

If I was going to take the shit from residents that I knew was headed my way, I was going to get paid. $15 per unit per month, payable quarterly, for a year.

Deal? Deal – nobody else wanted the job as President because it was obvious the Home Owner’s Association was going broke the following year if things remained the same. 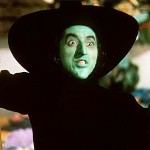 Deal. Jayne Freeman, the Benita of the HOA, just couldn’t stand it that I was actually going to get paid when others had done it for nothing.  It just frosted her wrinkled, crusty, menopausal ass.

I made a contract with duties spelled out for the board of directors for a one year deal, renewable for three. We inked the deal. She was apoplectic.

Jayne had her following, so you can imagine the Benita-like spears thrown at me all year long. But I reported to the board faithfully every quarter along with a list off bills to be paid, (checks had to be signed by two board members – I was not one) upcoming income, anticipated expenses, etc. etc.

I negotiated a new deal with a lawn service, saving more than my compensation, renegotiated some other contracts and we ended up at the end with a surplus.

They fired me at the end of my first year.

Jayne Freeman demanded in writing that an audit be conducted ($800) which had never been done before.

Thanks to Jayne Freeman, I knew every single dime would have massive scrutiny. So I was meticulous in my record-keeping and reporting.

The accountant who did the audit was giddy at the thought of taking about thirty invoices, some deposit slips and a check book for an audit and get paid $800.

I should have sued Jayne Freeman for defamation, but as you can imagine, we had pretty much had our fill of her and her lies and accusations. We sold and moved.  The following year, there were no candidates for any board office that needed to be filled. Jayne Freeman took over.  Within a year, lawn services had been severely reduced and the majority of the homes in the HOA are now occupied by renters.

All the things that Jayne couldn’t tolerate when I managed for the HOA are now happening – and at a higher cost per unit.

Jayne Freeman no longer lives in the PUD. The Crust Old Bitch has dragged her ass out of there. I think a house fell on her sister and she moved in.

I hope she dies soon.