Doc, my friend who is fifty-three had a heart attack last Friday. He has a very important job working to keep up mental health among the troops stationed at Ft. Campbell, KY. This keeps him away from home during the week, so he has an apartment near the base.

He woke up Friday early knowing he was having a heart attack.

He was only five minutes from a hospital, and in true guy-style, he drove himself to the hospital. (He explained if he would have waited for 911 he would be dead.)

Things he heard that I wouldn’t want to hear while having a heart attack:

…the left anterior descending branch of the left coronary artery… This artery supplies a large part of the heart, particularly the section responsible for pumping oxygenated blood to the rest of the body (left ventricle). The reason it’s earned its name is that blockage of this vessel is a serious emergency that requires acting within minutes and happens more often in males. 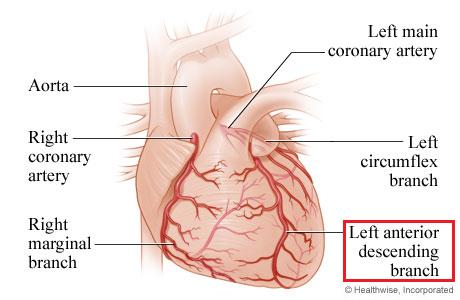 What you want to see after a Heart Attack: