It’s fundraising time for Kentucky Educational Television. (At least two oxymorons?) This means they are rolling out the concert and special event programming.

I am captivated by the Celtic Woman group. I’ve watched bits and pieces of the concert the past few evenings (they always lose me during the pitch to send money to help pay for watching.)

The crawl line says for a bunch of money, I can go to Louisville, Kentucky to see them in concert and hang out with them back stage. (After the performance…if they threw in a “during costume changes” level, they might get more donations.)

As I stare at these beautiful young things and listen to their voices, I wonder if The Kentucky Headhunters would play as well on Irish television.
In other words, would Grandad at Headrambles.com and his cronies at the pub be as interested in these guys: 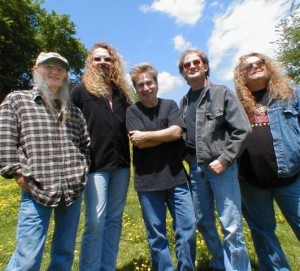 as I am in these girls: 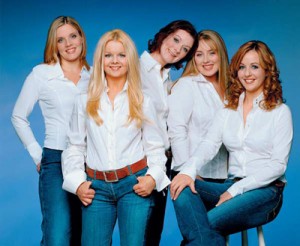 HAR.
Even though I’m sure Grandad and the other Irish dudes (lads? guys? fellows?) would love to hear

by The Kentucky Headhunters as much as I love to hear

by Celtic Woman, looking at these Irish babes makes the music sweeter.  Yep, the definition of a pig. I would rather watch Kelli Pickler than Susan Boyle in concert.
So shoot me.

Nancy said I had the chance to see Celtic Woman in concert in Nashvegas, but turned it down. When she saw the concert in Hi Def on our BATV, I think she understood that I would rather see over-produced lipped syncing on Tee Vee than the real thing.
So shoot me.

Then play Pie Jesu at my funeral. And if you want the last laugh, make it the Kentucky Headhunters version.

(Good luck on getting the phrasing right on those lyrics. I think it helps if you down a pint of bourbon first.)