One of Tiger Woods’ most popular sponsors is watch maker Tag Heuer – who has recently announced their dedication to sticking with the man who has likely been good for their business. Tag Heuer, while a Swiss watch maker, is French owned (by LVMH). While they may pause or delay advertisements in the immediate future, expect to see lots more Tag Heuer ads involving Tiger Woods, a baseball cap, a golf club, and a watch in the near future. Via 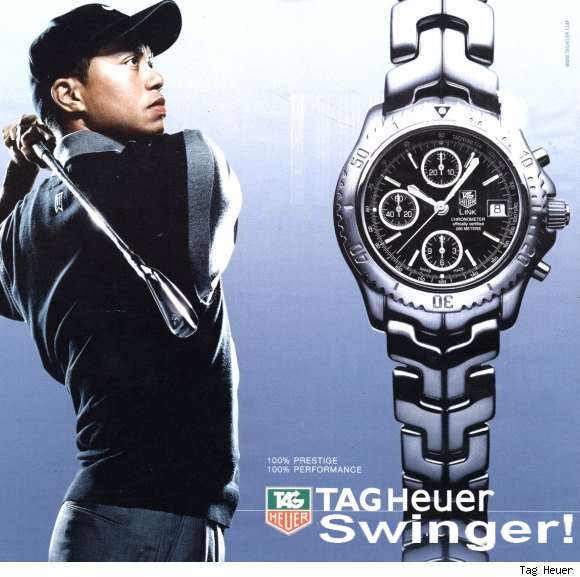 Of course, the Swiss will stick with the guy that’s been the blonde haired blue eyed babe on his arm, Sweden/Switzerland, they are the same country right?

And French owned? I think having mistress is a prerequisite for a French businessman. Tiger Wood’s standing with TAG Huere just went up a few ticks.