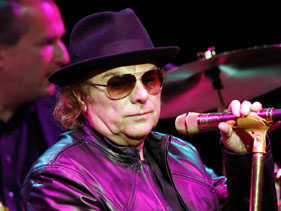 Van Morrison — has a new baby in his house. And it’s his.

No matter how bad I think I have it, there will be no more little babies in my house growing up.

Van and pseudo-wife Gigi Lee have welcomed a baby boy named George Ivan Morrison III according to his website.

It’s the fourth child for the singer.

“Little Van” is “the spitting image of his father.” Morrison’s oldest child, daughter Shana Morrison (also an accomplished singer in her own right) is 39 years old.