I heard one of the major networks call it “Twenty-ten.” Charles Osgood of CBS Sunday Morning has been saying Twenty-whatever since Twenty-oh-one.

I don’t say the date out loud very much especially the year. I prefer just to know the day. Friday is a good day. Saturday and Sunday are better. Years have so much packed into them, I prefer not to think in years.

I have been saying two-thousand nine, like 99.99% of the rest of the world.

Catch Her In The Wry, an accountant who probably has probably been dealing with 2010 for a few years, prefers Two Thousand Ten. Certainly no “and” in the number.

There is no AND in 2010 (two thousand ten). That was drummed into me in math class back in grade school. People don’t say 52 as fifty AND two. I don’t understand why they then put an AND in 2010.

I took a poll at the Panera Knit ‘n’ Bitch. There were eight women, they all heard me, but only one answered she probably was going to start saying Twenty-ten.

The other women looked at me like I had a penis or something and didn’t belong. They were busy with “yarn barf”, “counting humps”, and “frogging.” I looked at them like they were missing something. I left and went to Lowe’s to be walk around with another bunch of people where I didn’t fit in: handymen.

On another network newser this morning, they used the term Two-thousand-ten.

I think I will try to say “Twenty-ten” its shorter and at my age, saving time is critical.

It would probably be more age-appropriate if I used MMX.

Say it with me: mmmmmm, mmmmmmmm, myuh. 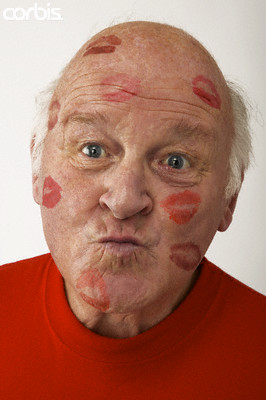 Damn, I wish that could catch on.