I’ve been listening to Rex Havens – a Christmas gift – and he’s a funny guy. He notes that in understanding women, there are only two lies a woman will tell to a man:
“Whatever makes you happy” and “Fine!”

Otherwise, the man is always wrong, and should never stop saying “I’m sorry.”

Those are the only things I’ve learned about men and women which are always true.

Love does not mean you never have to say you’re sorry.

Love means a husband should start off each day with an apology before he even gets out of bed . . . for anything he did wrong in her dream. Because most every husband has been punished for fun he did not even have!!

This day I was wrong twice, but it had nothing to do with marriage – thank goodness.

First, remember when I thought I found an ab?
Wrong. 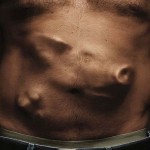 It was the bacon rising to the surface.

The second time was when I did a computer scan and restart and Magic Jack seemed to have died. 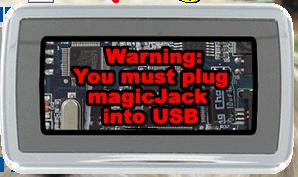 I almost just unplugged it and remained satisfied that I had a good run and didn’t pay that much for it anyway. But before I gave up, I gave it a half-assed hearted attempt to revive it.

Kind of like the commercial where the bunny is dead and the teacher rubs his hair with balloons to defibulate the critter.

First I reseated the USB plug. That’s tech talk for unplugged it and plugged it back in the same port.

I got busy doing some meaningful things. (Buying new pants because my other pants are all too large! and releasing my inner Mark Phelps by doing some lap swimming!)

Next time I sat down and fired up the computer, Magic Jack tried to launch again and somehow their home page launched. There was an upgrade link, so I clicked it and Voila.