Jack Sh*t, Gettin’ Fit gained a couple pounds. He whined about it in a post and then came back today talking himself out of his funk.

“That’s silly, Chicken Not-So-Little,” said Sh*tty-Witty calmly. “You’ve been doing so well just eating more sensibly and exercising a little more frequently. Why not just keep doing what you’ve been doing and trust that the numbers will work themselves out in the end?”

“That’s very sensible advice,” said Chicken Not-So-Little, and so she went home and continued doing what she had been doing, eating more sensibly and exercising a little more frequently.”

I’m in a cold weather-induced funk this week. I haven’t exercised at ALL. It’s just too damned cold to go outside, except to walk the one animal that won’t pee or poop in the backyard. This hardly qualifies as exercise.

When the weather gave us a break and temps got to 50+, I was an exercise maniac. I swam laps and did weight training five times a week.

But this week, all I want to do is huddle up. I miss my body fat when it comes to weeks like this. I was warmer with my fat body.

Jack Sh*t’s point was that it’s OK to have setbacks. Thanks Jack! I’m taking mine this week – or until the weather breaks, whichever comes first.

Even though Jack apparently doesn’t like official diets, I do. But I have drawn the line I won’t cross when it comes to losing weight. 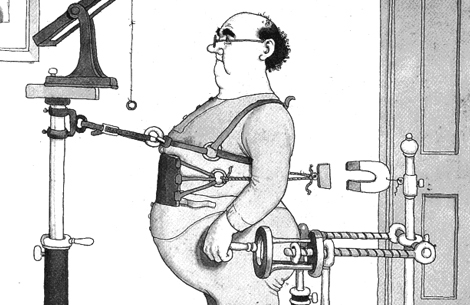 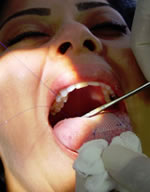 I’ve decided that having a gizmo attached to my tongue to make it hurt to eat wouldn’t be fun either.

The medical procedure involves stitching a small piece of polyethylene mesh onto a patient’s tongue, making it painful to ingest solid foods and forcing a low-calorie, liquid diet.

I like masticating and do it five times a day or more.

So here I am. Just dieting and exercising. What everybody said is right: there is no easy way to lose weight without watching what you put in your face and then moving to get your body to 1. burn it off or 2. change it to muscle.

Excuse me now, it’s time for me to masticate again.