Michigan’s last Wolverine is dead. I am a Michigander. I will soon be extinct too. 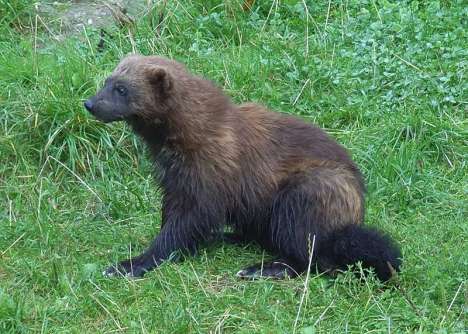 The Wolverine was the official state animal and since it doesn’t snow as much in Michigan as it used to, the Wolverine population has been in decline.

Hikers found the last remaining Wolverine dead from natural causes. The first spotted the wolverine in 2004. Teacher Jeff Ford tracked the animal for years and says it had distinctive markings “like a fingerprint.” He says years of monitoring failed to document any other wolverines in the area.

This time around Metro-Goldwyn-Mayer will be distributing the film directed by Dan Bradley (long time stunt coordinator, first time director). There is already a tremendous amount of buzz surrounding this remake of a cult classic, which will replace the Soviet Union with China and the WolverSheens with:

Col. Strelnikov: [he lectures the Russo-Cuban Army about what must be done regarding the Wolverines] From this moment on… There will be no further reprisals against civilians. This was stupid. Impotence. Comrades… If a fox stole your chickens… Would you slaughter your pig because he saw the fox? No. You would hunt the fox… You would find where it lives and destroy it! And how do we do this? Become a fox.

This was the only Michigan wolverine spotted in the state since the early 1800s. Most of the wolverines are found farther north, in Alaska and across Canada. However, as the planet heats up, the species is disappearing.

Another part of Michigan is extinct because of global-warming. First cars, Gerald Ford, and now the Wolverine.

I suppose the Michiganders will now choose the Goose as their official state animal.