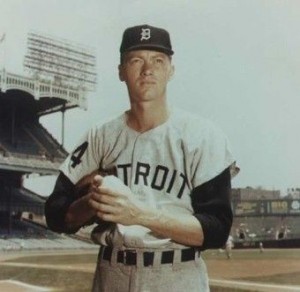 Kentucky Senator Jim Bunning isn’t running for re-election.
Seems he is retiring as a bitter old man who is taking it out on the people whose unemployment benefits may end today.

he said to the Democrats that asked him to reconsider.

Supporters say the bill is an emergency measure, extending the programs only a month until a longer-term solution can be found.

Bunning, is a former major league Hall of Fame baseball pitcher, and apparently inhaled too much resin while on the mound.

He has cussed out reporters during a telephone call and said the results of a poll he commissioned were “none of your “god damn business.”

He said U.S. Supreme Court Justice Ruth Bader Ginsburg, who was being treated for pancreatic cancer at the time, would be dead by year’s end.

During the 2004 campaign, Bunning said that Democratic challenger looked “like one of Saddam Hussein’s sons.”

As the fight drew to a close, Mr. Bunning complained he had been ambushed by the Democrats and was forced to miss the Kentucky-South Carolina basketball game…

“I’m trying to make a point to the people of the United States,”

I’m just so damn proud of our Kentucky Senators.