Today was my first day of training to track down and question Nar-foos. 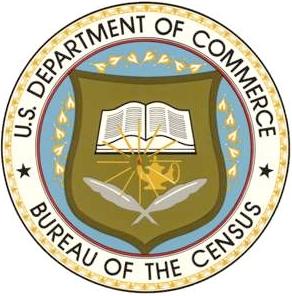 NRFU is the census bureau acronym that was tossed around a little today, and promises to be used a lot tomorrow.

NRFU (Nar-foo) which means, as a government censor (census worker) I will be dealing with (pick one or more):

20% of the hires didn’t show up (four out of 20.) Our leader was the section leader, not a crew leader who should be doing the training because they both quit yesterday!

Today I learned how to fill out paperwork to get paid and I swore.

I took the same oath of office that Barry O. and the Congressairres did. Except I also had to swear that I won’t reveal anything about who or what I learn at a Narfoo’s Occupied Housing Unit.

The forms I filled out so I can get some of your tax money for tracking down the NRFUs:

Then after our afternoon break, I was requested to join the Black Hands. I instead gave them the fingers, all eight of them – and my thumbs.

Another first for Sixty: My fingerprints are now on file in the gummit database. Almost. Actually, probably never.

Never, because when you train rank amateurs to do skilled crime-fighting actions, the result is another NRFU:

No way is the FBI going to accept these fingerprints.

And in typical gummit fashion, fingerprints were taken twice – by two different amateurs. And then – AND THEN: each set of fingerprints were put in separate Fed Ex overnight package and sent to the same place, because “that will make sure one set will arrive.”

Tomorrow should be another exciting day. I will not be sitting next to the dude that ruined four D-308s because he kept confusing his birthday with today’s date: