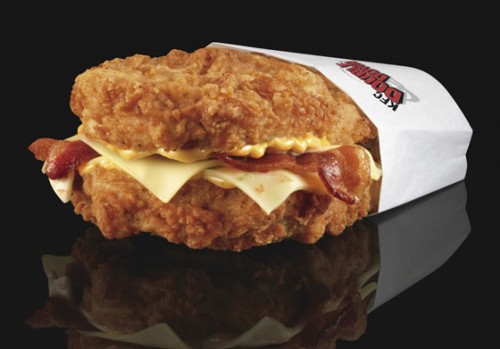 Next week KFC, the wing of YUM brands formerly known as Kentucky Fried Chicken, will roll out their new bunless (not to be confused with a$$less) sandwich. 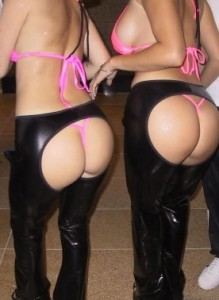 It’s called the Double Down and was inspired by the internet.

Our famous Kentucky Colonel is serving up…

More like Double Bypass! This thing is both terrifying and captivating, like a harbinger of the apocalypse.

It’s a HARBINGER OF THE APOCALYPSE.

And here I thought the Apocalypse would be a bunch of strippers in a$$less chaps, instead it’s bunless chicken breasts.