I love Google maps, especially Google Street View.
The Sheffield Mine web site said never to trust a GPS or Google Maps or Mapquest to find their place.

Sure, you can chance it and maybe your GPS is right on, but … maybe not – and if not, you’ll become frustrated and you’ll lose as much as one or more hours of trying to figure out on your own just how you do get to us, so really, it’s best to follow our diretions in the first place.

That was a good enough warning for me and I followed their directions and found the mine with no sweat and with an hour to spare.

I was dropping Nancy off to play in the dirt while I went up the road to play in the water. I had no choice but to use Google Maps to plot my angle of attack.

Since I had my doubts that Google had really send a car to drive this twisty road in the middle of the Great Smoky Mountains National Park, I “drove” the route using Google Street View, especially what looked like tricky turns.

At one point in the real journey, I was sure I had made a wrong turn and was screwed. Until I saw that I was driving through this guys back yard.
Good old Google had truly sent a car to document the main roads inside Smoky Mountain National Park! 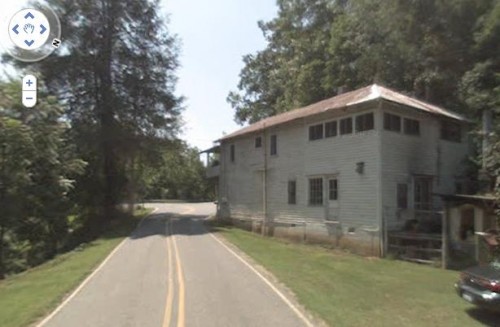 I had been there before – virtually by driving via Google Maps Street View! How cool is that?

On our way to our final destination, I trusted the GPS since we were on the beaten path. Except the GPS ended before our destination.

Had it not been for driving to our place at the beach virtually and recognizing this break in the road, I surely would have turned around to ask directions. 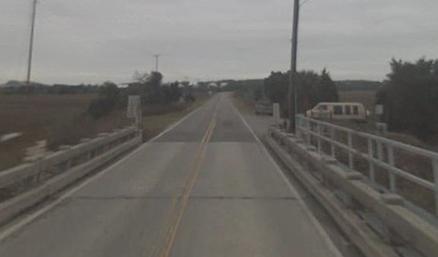 Now you might recognize that this break in the road is at the end of a bridge and figure I was a dope because I could just count bridges or something. But in South Carolina near the coast there are bridges EVERYWHERE.

As soon as the GPS said we had arrived (which we had NOT) I pressed onward until I hit this break in the roadway where it changed from smooth asphalt to old asphalt.

Bingo! (Yes, I actually said it) and as we rounded the next corner in the middle of nowhere late Saturday night was the entrance to our destination.

I love you Google Street View.
Just hope SC doesn’t decide to fix the roads and make them all smooth asphalt.
But then… it wouldn’t be my fault… it would be the asphalt.
(You knew that coming, right?)